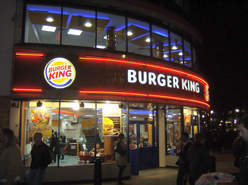 MIAMI, Florida - Burger King has entered into talks to buy Tim Hortons, the Canadian coffee and doughnut chain in a move to relocate the American burger giant's headquarters outside the United States, according to reports by Bloomberg.

A source familiar with the deal said that it would be structured as a tax inversion, a move by which a company moves its head office overseas to a country with a lower corporate tax rate, while maintaining all material operation in their former home market.

The deal is not yet complete, and it is unknown when an official announcement might be made.

Recent attempts by companies for tax inversion deals have drawn the attention of some politicians, including US President Barack Obama, who criticised a "herd mentality" by companies seeking such deals.

Burger King is the second-largest burger chain in the world after McDonald's, employing more than 34,000 people directly around the world with 13,000 outlets, 99% of which are privately owned and 66% of which are located in the United States.

Tim Hortons has 4,300 outlets across the world, many of which are in its Canadian home market, where the brand is the largest food service operator.

SYDNEY, NSW, Australia - Stocks in Asia mostly sank on Thursday, following on from a rout on Wall Street overnight."There ...

LONDON, England: Israeli startup REE Automotive has announced that it will build an assembly plant for electric vehicles (EVs) in ...

China prepares to deliver its version or Boeing, Airbus aircraft

Popularity of Indonesian president sinks due to price rises

EAST JAVA, Indonesia: A tourist bus crashed into a billboard on a highway on Indonesia's main island of Java this ...

BELGRADE, Serbia: Belgrade was paralyzed this week by a series of bomb threats, including against schools, bridges, restaurants and a ...

WASHINGTON D.C.: In a tweet this week, Amazon founder Jeff Bezos criticized President Joe Biden for the second time in ...

As food prices rise, Iranians take to the streets to protest

TEHRAN, Iran: According to social media posts, protests that began last week across Iran over a reduction in state subsidies ...

China lashes US for change on website supporting Taiwan independence

BEIJING, China: China's Foreign Ministry rebuked the U.S. for changing the wording about Taiwan on the State Department website, stressing ...