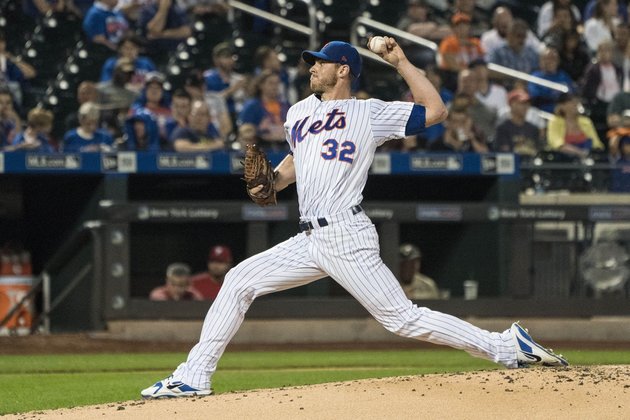 NEW YORK -- The New York Mets and Miami Marlins are going to try again Thursday to play a doubleheader. It's hard to imagine the two games going much better for the Mets -- or much worse for the Marlins -- than their single game went Wednesday.

The Mets and Marlins will hope Mother Nature finally cooperates Thursday, when they are scheduled to close out a four-game series with a single-gate doubleheader at Citi Field beginning at 3:10 p.m.

Zack Wheeler allowed four hits over eight shutout innings Wednesday night, when the Mets earned a long-delayed 13-0 win. The two teams were slated to play a single-gate doubleheader because of a rainout Monday, but heavy rain pelted Citi Field for several hours Wednesday afternoon and evening and only one game could be played.

"The challenge is to get back up going again after you've sat for so long," Mets manager Mickey Callaway said afterward. "Guys are coming around asking 'You got any word? You got any word?' You have to sit six hours and all of a sudden, you have to turn it on like a switch. And they did a pretty good job of it tonight."

"It was the same way (for both teams) -- just a long day, a lot of sitting around," Marlins manager Don Mattingly said.

The originally scheduled starters for Thursday night -- Mets left-hander Steven Matz (5-11, 4.17 ERA) and Marlins right-hander Sandy Alcantara (2-0, 0.75) -- will square off in the opener.

Matz didn't factor into the decision in his most recent start Friday, when he gave up two runs over five innings as the Mets fell to the Philadelphia Phillies 4-3. He hasn't won in his last six starts (0-3) dating to July 31 but has allowed only four runs over 19 innings in his last three outings.

Alcantara earned the win in his second big league start Sept. 5, when he allowed three hits over seven scoreless innings as the Marlins beat the Phillies 2-1. The outing was his first since he recorded the victory in his major league debut June 29, when he gave up one run over five innings as the Marlins cruised by the Mets 8-2.

Vargas took the loss in his most recent start Sept. 4, when he gave up five runs (four earned) over 3 1/3 innings as the Mets fell to the Dodgers 11-4.

Brigham will be making his second big league start and appearance. He lost his debut Sept. 2, when he allowed three runs over three innings as Miami fell to the Toronto Blue Jays 6-1.