Sale of military equipment including F-16s to Taiwan under scrutiny 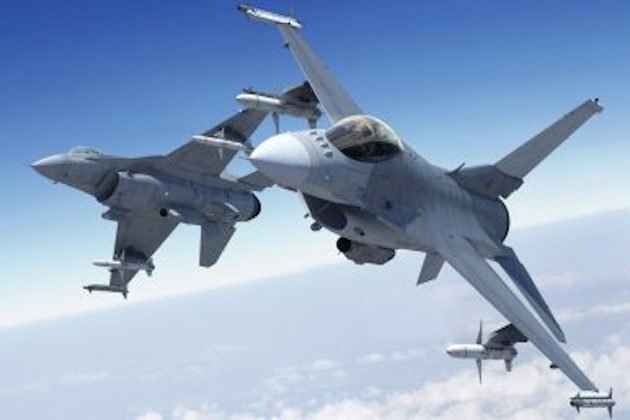 WASHINGTON DC - A pending sale of F-16 fighters, Abrams tanks, anti-armor and anti-aircraft missiles, to Taiwan has drawn rebukes from Beijing but also set off alarms on the island about its ability to retain talent and develop home-made defenses, one of its leading security experts said Wednesday.

I-Chung Lai, president of the Taiwan-based Prospect Foundation, said the large arms, aircraft and ship sales of the 1980s and again in the 1990s inadvertently set off "a brain drain" from the island and threatened its defense industrial base.

"Our capabilities and talents started to filter away" to Korea, he said while speaking at the Heritage Foundation.

Shipbuilders and engineers started working for businesses and industries in Korea that were direct competitors with Taiwan but also "filtered into civilian industries," especially in technology where the island's expertise is well-respected.

"How can we avoid these things happening again," Lai asked?

Aside from considering what such sales do to the Taiwanese industrial base, another question is whether these are the right weapons Taipei needs to defend itself from an aggressive Beijing. Scott Harald, from RAND's Asia-Pacific policy center, said the danger is Taiwan's believing it needs a "one to one" match with China in weapons and systems.

Instead, Harald suggested the island needs "dynamic, agile, survivable, lethal" forces, not necessarily airfields and ports that would be subject to long-range Chinese missile or air strikes, to deter or defend against an all-out assault.

Meanwhile, Taiwan needs to assess the current and future levels of military threats. China already operates its navy east of Taiwan and routinely flies strike aircraft around the island. Taiwan must understand whether China could mount a cross-strait invasion and provocations and incidents similar to the late 1970s confrontations between China and Vietnam. Taiwan also needs to understand Beijing's short-term goals beyond Taiwan and determine President's Xi Jin-ping's timeline for achieving reunification with the mainland, Harald and Lai said.

"Is the fight primarily in the heads of people?" of Taiwanese citizens, leaders of foreign nations and international organizations, Harald asked.

Szu-chien Hsu, Taiwan's deputy minister for foreign affairs, said Beijing's military intent is clear and it is "breaking through the First Island Chain," closest to mainland China to achieve its "very evident … global strategic ambitions" of being the leading superpower.

Several speakers detailed how Beijing started ratcheting-up pressure militarily in the South China Sea, threatening neighbors with economic retaliation for trading with Taiwan and wooing away Taiwan diplomatic partners through its Belt and Road infrastructure initiative. China has also sought to dominate international organizations like the World Health Organization and shuts out Taiwan officials from its meetings.

The goal is to isolate Taiwan by creating "new norms" of behavior that go unchallenged, Hsu said.

China started escalating its threats toward Taiwan in the late 1990s when democratic governments replaced what had been an autocratic rule on the island, Hsu said. The election of Tsai Ing-wen, whose party has favored remaining apart from the mainland, brought on new waves of pressure from Beijing militarily, economically and diplomatically to bring the island under its control.

Beijing started contributing to opposition parties and using bots on social media to influence elections and public opinion on a host of domestic issues. "Disinformation plays right into most divisive issues" that China uses to its advantage, Hsu said. "The Chinese Communist Party is good at making coalitions with lesser enemies to attack larger enemies."

Beijing also works to project a positive image among Taiwanese by inviting school parties to the mainland and supporting events for local organizations on the island. Beijing also touts the mainland as the land of opportunity for young people looking for careers in advanced technology, engineering and finance.

Harald added, "the non-kinetic aspect [of applying pressure to achieve what it wants] is China's approach. It has not given up hope" in achieving reunification that way.

(The writer John Grady is a former managing editor of Navy Times, retired as director of communications for the Association of the United States Army. His reporting on national defense and national security has appeared on Breaking Defense, GovExec.com, NextGov.com, DefenseOne.com, Government Executive and USNI News).

NEW YORK, New York - The U.S. economy is back at its pre-pandemic level, but for how long? U.S. investors ...

SAN FRANCISCO, California: An organization representing bars and restaurants in San Francisco has announced that its members have agreed to ...

MILAN, Rome: Business in China and the United States helped push up sales at Giorgio Armani by 34 percent in ...

SYDNEY, NSW, Australia - Stocks in Asia rose across the board on Thursday after China said it will continue to ...

PARIS, France: With European countries scrambling to contain new virus outbreaks with a litany of constantly-changing and last-minute rules, the ...

SYDNEY, NSW, Australia - Hundreds of Australian Army soldiers are to be deployed to the streets of Sydney in a ...

SEATTLE, Washington: Blue Origin owner Jeff Bezos has offered to pay up to $2 billion in NASA costs if the ...

After Covid, parents opting for homeschooling for kids

WASHINGTON D.C.: Following the closing of the nation's schools during the Covid pandemic, more than 11 percent of all households ...

KANOSH, Utah: At least eight people were killed and ten injured in a 20-vehicle collision caused by a sandstorm Sunday ...