2019 will be second or third warmest year in history 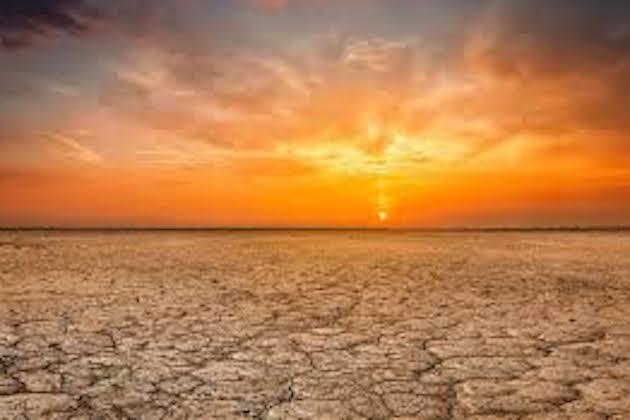 Exceptional global heat driven by greenhouse gas emissions mean this decade will most likely go down as the warmest on record, according to the World Meteorological Organization (WMO) which released its provisional statement on the State of the Global Climate on Tuesday.

The agency is also finding that 2019 is on track to be the second or third warmest year in history, with the global average temperature during January through October, roughly 1.1 degrees Celsius above the pre-industrial era.

"If we do not take urgent climate action now, then we are heading for a temperature increase of more than 3C by the end of the century, with ever more harmful impacts on human wellbeing", WMO Secretary-General Petteri Taalas said Tuesday.

"We are nowhere near on track to meet the Paris Agreement target," he added, referring to the 2015 international accord to limit global warming to 1.5C above pre-industrial levels.

CO2 and sea levels on the rise

The report finds that concentrations of carbon dioxide (CO2) in the atmosphere, which hit record levels last year, also continued to rise in 2019.

Additionally, sea level rise has increased due to melting of the ice sheets in Greenland and Antarctica, while ocean heat is at record levels, with vital marine ecosystems being degraded.

Several United Nations agencies provided input to the report, which also details how weather and climate have an impact on health, food security, migration, ecosystems and marine life.

Climate variability and extreme weather events are among key drivers of the recent rise in global hunger, which now affects more than 820 million people.

"On a day-to-day basis, the impacts of climate change play out through extreme and "abnormal" weather. And, once again in 2019, weather and climate related risks hit hard", said Mr Taalas.

"Heatwaves and floods which used to be "once in a century" events are becoming more regular occurrences. Countries ranging from the Bahamas to Japan to Mozambique, suffered the effect of devastating tropical cyclones. Wildfires swept through the Arctic and Australia."

Record-setting temperatures are increasingly putting health at risk, according to input provided by the World Health Organization (WHO). Major heatwaves in Japan in late July to early August caused more than 100 deaths and some 18,000 hospitalizations, for example.

About half the global population is now threatened by dengue as changes in climatic conditions are making it easier for the Aedes mosquito species to transmit the dengue virus.

Southern Africa has experienced extensive dry periods due to a delay in the start of the seasonal rains, the Food and Agriculture Organization (FAO) reports. As cereal output is forecasted to be around eight per cent below the five-year average, some 12.5 million people in the region will face food insecurity.

Climate-related disasters are also increasing displacement. Figures from the UN refugee agency, UNHCR, reveal more than 10 million new internal displacements were recorded during the first half of the year, with seven million forced to move as a result of disasters such as cyclones and flooding. New displacements associated with weather extremes could more than triple, to around 22 million by the end of the year.

The provisional report was released as governments meet in Madrid for the UN climate change negotiations, known as COP25.

WMO will publish the final Statement on the State of the Climate, with complete 2019 data, in March.

BRUSSELS, Belgium - Last week, the President of the European Commission Ursula von der Leyen made an ambitious proposal. By ...

SYDNEY, NSW, Australia - Stocks in Asia were generally stronger on Friday, at least in Japan and Australia."What we've seen ...

Saturday is International Day for Total Elimination of Nuclear Weapons

NEW YORK, New York - On the International Day for the Total Elimination of Nuclear Weapons marked on Saturday, the ...

WASHINGTON, DC - More than 300 demonstrators across the United States are facing charges related to the various protests that ...

Trump running into legal hurdles over attempt to ban TikTok

WASHINGTON, DC, September 25 (ANI/Sputnik): A U.S. federal judge has ordered the Trump administration to postpone its ban on downloads ...