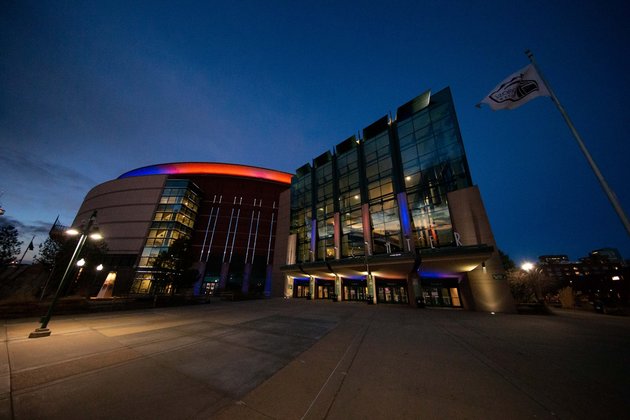 Per the Avalanche, the player has been at home in isolation since the symptoms appeared and has since recovered.

"The health and safety of our players, staff, fans, and community remains our highest priority," the team said in a statement. "The Avalanche organization will continue to work in conjunction with our medical staff and public health officials to do everything we can to help the Avalanche community remain safe and healthy during this time."

The Avalanche visited San Jose on March 8, one day after the Sharks hosted the Ottawa Senators. The Colorado players used the same visiting locker room of the Senators, who later reported two players as having tested positive for the virus.

Santa Clara County later banned all mass gatherings through the end of March due to the virus.

CHICAGO, Illinois: The sales of vacation homes grew at twice the rate of other homes during the Covid pandemic.In a ...

Land Rover to test hydrogen as alternative to electric batteries

U.S. dollar in demand in Asia, stocks and bonds on the nose

SYDNEY, NSW, Australia - Stocks in Asia were little moved on Friday as bond yields rose and the U.S. along ...

BERLIN, Germany: Germany will end rules in June that required companies to allow employees to work from home during the ...

CHICAGO, Illinois: Greater than 96 percent of America's practicing physicians are fully vaccinated against COVID-19, according to the American Medical ...

WASHINGTON D.C.: With the introduction of a bill by U.S. Senators Michael Shumway Lee and Charles Ernest Grassley on June ...

SACRAMENTO, California: California ended the majority of its Covid restrictions this week, with a few exceptions, such as wearing masks ...

China sends 28 military aircraft across Taiwan in show of force

TAIPEI, Taiwan: Responding to criticism during the G7 summit of Chinese aggression, 28 Chinese air force aircraft, including fighters and ...

BOSTON, Massachusetts: A 37-year old admissions ticket was honored by a Boston museum, with the bearer of the ticket being ...

WASHINGTON D.C.: In defiance of China, a U.S. aircraft carrier group is sailing through the South China Sea, which China ...