The Root of Success in Music Business: Ajamu Kambon's Deep Root Records Shapes the Modern Music Landscape for the Better

NEW YORK, NY / ACCESSWIRE / June 1, 2020 / A recent study conducted by researchers at Harvard University concluded that music is a universal language. Ajamu Kambon and his company, Deep Root Records share the same philosophy: music and dance are universal languages understood by all, not simply heard, but experienced. Deep Root Records is a New York City-based independent record label that understands what it means for a recording artist to thrive in the modern music landscape. The label helps artists thrive in three major ways: Artist Management, Music Exploitation, and Event Production. With experts in each area at the helm of Deep Root, it guarantees success for any artist who joins. 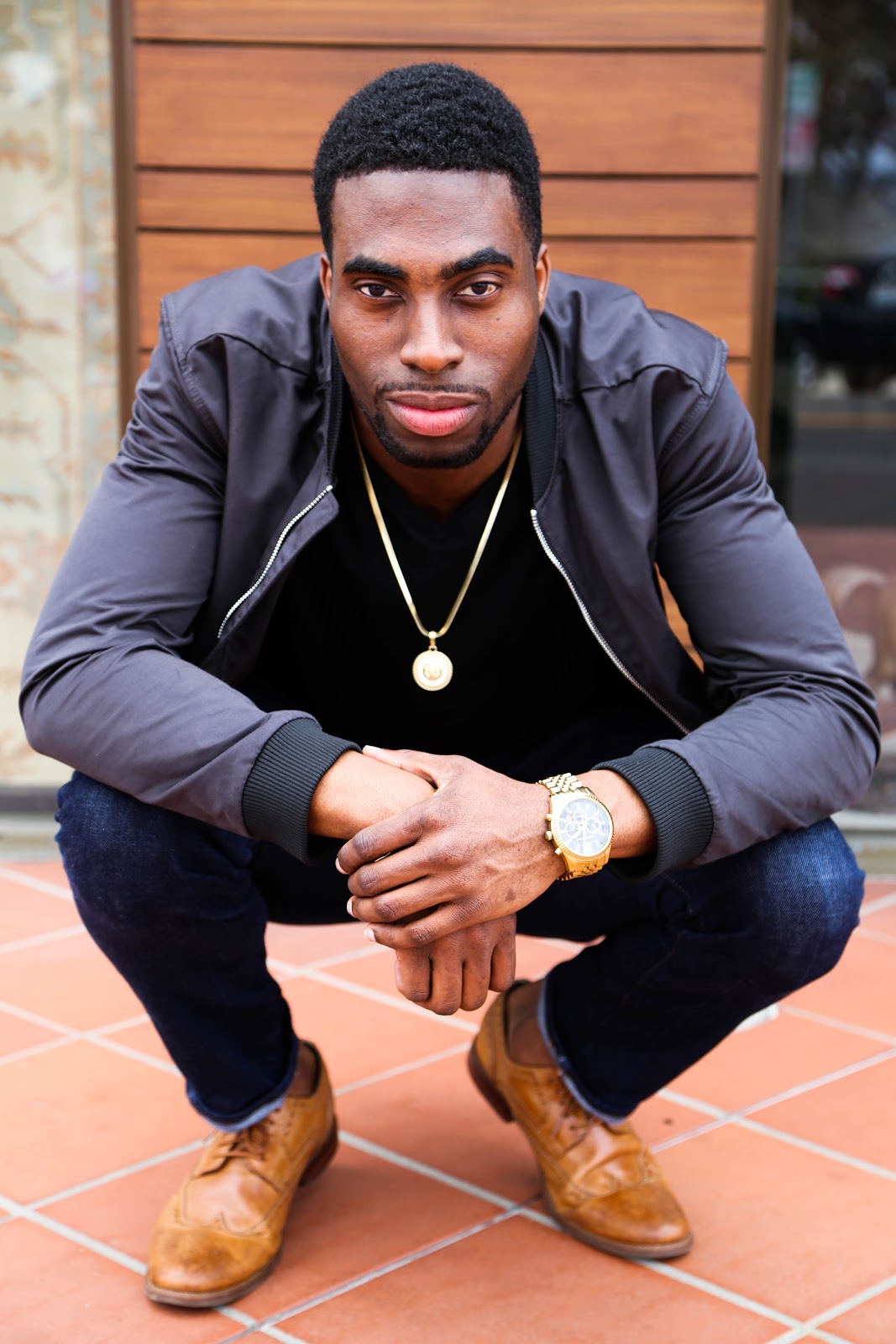 A home for artists creating exceptional music, artists working with Deep Root make strides as they craft innovative compositions. Whether on the dance floor or in commercials, their music awakens the senses and connects audiences to all of the most visceral qualities of a song. As such, Deep Root Records prides itself on representing producers that don't just make music to listen to and eventually forget, but artists that deliver experiences out of unique musical moments. The leaders of Deep Root speak, breathe, and live for one-of-a-kind records that transform audiences whenever they press play.

Today, Deep Root Records has over 150,000 fans and followers, 35 signed artists, 50+ record releases, and 200+ events under its wing. Many of the label's artists have garnered support from some of the most influential names in EDM, including Diplo, Skrillex, Tiesto, The Chainsmokers, Afrojack, Axwell, Dillon Francis, Erick Morillo, Roger Sanchez, Robin Schulz, and Pete Tong and can be heard worldwide on radio stations such as iHeartRadio, SiriusXM, Radio FG, and BBC Radio 1. The label's artists have performed with some of these legends at major concerts such as Miami Music Week and Summer Music Festival.

The event production division at Deep Root Records works tirelessly to secure headlining sets at top-rated venues across the globe, and to procure an elaborate and exclusive experience for all fans. Most recently, Kambon, along with Co-Founder and producer / DJ , Francis Mercier, established the weekly series in Manhattan at Public Arts known as Deep Root Sessions, however past label showcases have taken place at prestigious NYC venues such as Marquee, LAVO, Shimanski, Output, Space Ibiza and The Williamsburg Hotel. Deep Root also brings its particular New York House flare to major US hotspots such as Miami, San Diego, Detroit, Puerto Rico, and hosts branded showcases internationally at venues and concert halls, within Paris, Munich, Belgrade, Lisbon, Malta, and Brussels. 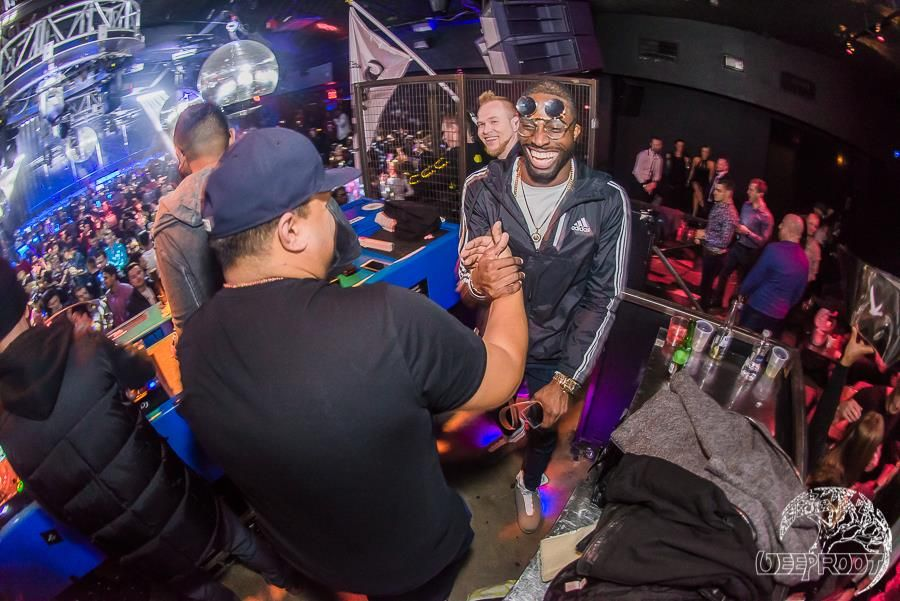 The label's global event production network and brand development partners allow it to increase fan engagement and expand Deep Root Records' commitment to creating captivating musical affairs within new media. Artists that are signed to the label can explore new avenues for exposure and profit by securing synchronizations in film, television, advertisements, video games, and more. Past placements have seen Deep Root's artists' work highlighted by brands and networks such as Spotify, Snapchat, Netflix, Facebook, Amazon, Red Bull, PayPal, BMW, IBM, Disney, Nike, The NFL, The NBA, Madison Square Garden, Samsung, Budweiser, Adidas, Under Armour, Dior, Vogue, BET, and Porsche to name a few. The label has grown 500% since it was established in 2015, largely due to the Licensing & Publishing division's success, earning more than $500,000 for brand placements in under three years.

Most recently, Deep Root launched WYN Records & Deep Root Underground-two subsidiary labels created to widen Deep Root's range of talent and highlight its expertise across genres. In an era when influencers come and go, Kambon and the Deep Root team have owned their place in the industry and are just starting their revolution within EDM.

As the capacity of opportunities for his label increases, Kambon prides himself on being able to take sincere care of the artists at his label, whether it be connecting them with other labels, media companies and PR agencies, or supporting them and their families during the ongoing COVID-19 pandemic. Recently, Kambon and Deep Root Records launched the #UnitedByMusic Fund to help musicians, producers, promoters, and freelancers facing hardships in this dire time. In order to reach more in need, they have recently partnered with The Recording Academy / Grammys, non-profit MusiCares, and Radio FG, in conjunction with their Deep Root Sessions Series, to raise money through live performances of world-renowned Artists.

Their movement has reached a staggering audience of 1.6 million viewers, with more than 100,000 people tuning in to the live series each week. The #UnitedByMusic sentiment will continue to inspire joy in the community past the stay-at-home era. Once venues will reopen in the upcoming months, live streaming will become a staple within Deep Root's event production.

Never quite satisfied with his label's place in the industry, Ajamu Kambon has plans to grow his company to a team of fifteen by the end of the summer. With Deep Root Records passing its fifth year in business, Ajamu has no plans on stopping now. It's Ajamu's ability to consistently evolve and expand the company, within an ever-changing landscape, that has allowed for Deep Root to remain a viable business today. With expansion on the horizon, Deep Root Records looks forward to the new changes it will be implementing, continuing its rise within the industry, as it strives to make a lasting impact within the world of music for decades to come.

NEW YORK, New York - U.S. stocks roared on Friday, shrugging off concern about the burgeoning coronavirus in the United ...

SYDNEY, Australia - Stocks in Hong Kong fell sharply on Friday, dragging the rest of the region lower as well.The ...

QUEZON CITY, Philippines (PIA) -- Despite the global economic recession brought about by the COVID-19 pandemic, the Philippine economy remains ...

More than 100 nations have active force of military drones

Attack on Japanese base in 1938 carried out by Soviets, not U.S.

In 1938, the Americans took credit for an unprecedented Soviet air raid on a Japanese air force base in Taiwan ...

TEHRAN (Tasnim) - China on Wednesday defended the World Health Organization and lashed out at the US decision to withdraw ...

Bullying of International court and Bank of England laid bare

On January 9, 2020, Ambassador Karen Pierce-the United Kingdom's permanent representative to the United Nations-spoke at a meeting on the ...