Brian Flores Speaks on the Importance of Creating Change 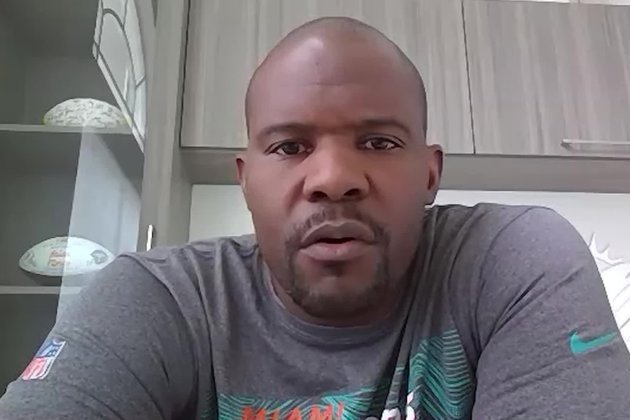 Brian Flores met with the media on Thursday and delivered a strong message about what's been going on in our country.

Flores opened with a statement about why he chose to field questions, and the past couple of weeks in our country, specifically the injustices that senselessly took the life of Minneapolis resident George Floyd.

"Let me start by saying this: we had a couple players scheduled (to speak) today," Flores said. "I just felt like it was important, with all that's going on right now, that you guys hear from me first on some of these issues, so I just kind of wanted to lead the way on some of these discussions. I appreciate your guys' time."

Flores made it clear early that he wanted to narrow the focus to the people most directly impacted by the death of Floyd and by the protests occurring nationally in pursuit of change.

Asked to opine on his own experiences with racial inequalities, Flores acknowledged his race but was quick to bring the discussion back to the life of Floyd and the opportunity for change in America.

"I've always known since I was a little boy that race was a factor," Flores said. "I would say that the - I mean I've always known. Again, I can go into personal stories and say this or that, but I'm going to go back to my original point: this isn't really about me. It's about what's happening in this country and again, I think we have a situation here where we can actually make some change. It's not often that there is 100 percent agreement across the board that changes need to occur. Rather than talking about me and my personal situation, let's put the focus on that and hopefully we'll make some progress."

Unfortunately, the story stays close to home for Flores. A protest in Indianapolis took the life of a friend of Flores in former Indiana Hoosier football player Chris Beaty.

"My number one thing for guys is they have a right to protest and I support their right to protest, but even more than that, it's about being careful," Flores said. "I want my players to be careful. I actually had a friend who was murdered in Indianapolis. His name was Chris Beaty - a good friend. He actually played football with (Assistant to the Head Coach) Lance Bennett, who is on our staff. He was full of life. He was a great human being and he was protesting in Indianapolis and he was murdered last weekend."

Flores also touched on how he's tried to handle the emotions surrounding this week - both for himself and his players.

"I think guys need time to be angry, have a platform and show their emotions," Flores said. "They have that with me and they have that with our coaching staff and we've had conversations, just like everyone else has; but at the same time, these guys, they've been working also. They've been working. They've been working on their football and that's been kind of the place to get away for a little bit, but our hearts and minds are with the Floyd family and the (Ahmaud) Arbery family and Breonna Taylor and there's many, many instances like this that we have to share our condolences. These guys, they have my support. I know it's an emotional time. I hope that answers your question."

"I think race is a tough subject for a lot of people," Flores said. "I think it's something that I think a lot of people are seeing that it's something that we need to kind of confront head-on and communicate and have discussions, and I think there was an opportunity to speak on that. Obviously there's been a lot of talk about the Rooney Rule and the adjustments that were made over the last week. With the events that are going on now, I just felt like it was an opportunity to speak and talk about those and have those conversations because they're important, and if we're going to try to bring people to together, I think communication is vital."

Flores also made it clear that he wants to continue this conversation with his players, coaches and staff, and that listening plays an important part.

"I've taken many calls already - from players, coaches, a lot of different people," Flores said. "I think the number one thing is to listen. I think that's - we have two ears for a reason. Everyone has kind of heard that. I think listening and helping everyone understand each of their individual stories. We each have a different story. Some are different than others; but if we listen and try to understand and step in someone else's shoes - white, black, regardless of religion, football player, non-football player - we're all a little bit different. I think there's got to be more kindness, there's got to be more acceptance. Those are kind of some of the things I try to spotlight in our conversations, is that when you are having these conversations, try to listen more than you speak in a lot of instances. That doesn't mean don't speak, that's not what I'm saying. But listen as much as you speak."