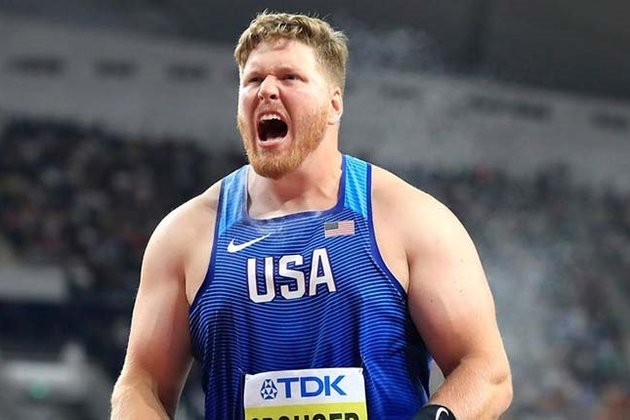 The 28-year-old American, gold medallist at the 2016 Rio Olympics, broke the previous indoor record of 74ft 4in (22.66m) with his first throw at the American Track League event in Fayetteville, Arkansas.

Musk moves home to Texas, after locating companies throughout state

AUSTIN, Texas: Aviation and aerospace company SpaceX is expanding its presence to align with global demand by setting up a ...

Volvo said all car purchases to be only online

GOTHENBURG, Sweden: Volvo targets to only manufacture electric cars by 2030 by significantly increasing the size of its U.S. South ...

CUPERTINO, California: Apple announced on Monday that all 270 of its store locations in the U.S. have officially opened for ...

BENGALORE, India: The Covid vaccine manufactured by Bharat Biotech has been found to be 81 percent effective, in an analysis ...

Iceland records 18,000 earthquakes in past week

REYKJAVIK, ICELAND - The volatile islands of Iceland have experienced unusual seismic activity in the past week, with over 18,000 ...

Yemen's Houthi rebels have carried out missile and drone strikes on a Saudi military base and an oil facility, expanding ...

BERLIN, Germany: In a change of policy, Germany has announced it will begin vaccinating those over 65 years-old, while recommending ...

WASHINGTON D.C.: Compromising with moderates, President Joe Biden and Democrats agreed to tighten the requirements for those eligible to receive ...

375 Michigan students locked out of school due to Covid testing

ANN ARBOR, Michigan: Some 375 University of Michigan students have been banned from entering school buildings because they have not ...

Macron says Paris not locked down for weekend

PARIS, France: The French government will not require residents of the Paris region to be locked down this weekend. However, ...