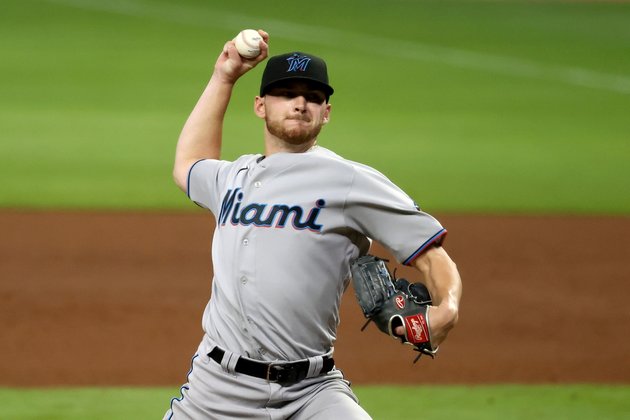 The 25-year-old right-hander tested positive for the performance-enhancing substance dehydrochlormethyltestosterone (DHCMT), according to Monday's announcement from the commissioner's office.

The suspension is effective immediately.

The Major League Baseball Players Association released a statement from Campbell saying he "never knowingly, willingly or intentionally ingested this substance in any form."

"Due to the fact that I do not know the origin of how this substance has entered into my system, I currently have no viable defense in support of my innocence," Campbell said.

"... I will continue my efforts to find answers and clear my name of this matter. I in no way will let this define me and will use this unfortunate situation to learn and grow stronger as a player and person."

He was drafted in the 21st round out of Clemson in 2017 by the Tampa Bay Rays. The Marlins acquired him from the Rays in the Rule 5 Draft in December 2020.

SAN BRUNO, California: Alphabet Inc's YouTube has announced it will launch a $100 million fund to pay content creators whose ...

BEIJING, China: A group representing U.S. business interests in China has demanded that China end what it calls its "implicit ...

Tech stocks all the rage on Wall Street, Nasdaq gains more than 2%

Online out-of-state purchases to now be taxed in Missouri

JEFFERSON CITY, Missouri: The legislature passed bills on May 12 to require out-of-state online stores to collect sales taxes on ...

N.Y. university students required to be vaccinated before enrolling

NEW YORK CITY, New York: The 435,000 students enrolled at the State University of New York and the City University ...

WASHINGTON D.C.: Overseas Americans are urging U.S. officials to make Covid vaccinations available to them at U.S. embassies. As the ...