VANCOUVER, BC / ACCESSWIRE / September 21, 2022 / GREAT ATLANTIC RESOURCES CORP. (TSXV:GR) (the 'Company' or 'Great Atlantic') is pleased to announce it is currently conducting gold exploration consisting of prospecting and rock geochemical sampling at six properties in central Newfoundland adjacent to and in close proximity to the Company's flagship Golden Promise Gold Property. The mineral licences occur east, west, south, and southwest of the Golden Promise Property. Anomalous gold in soil and / or rock samples is reported within and / or adjacent to these mineral properties. 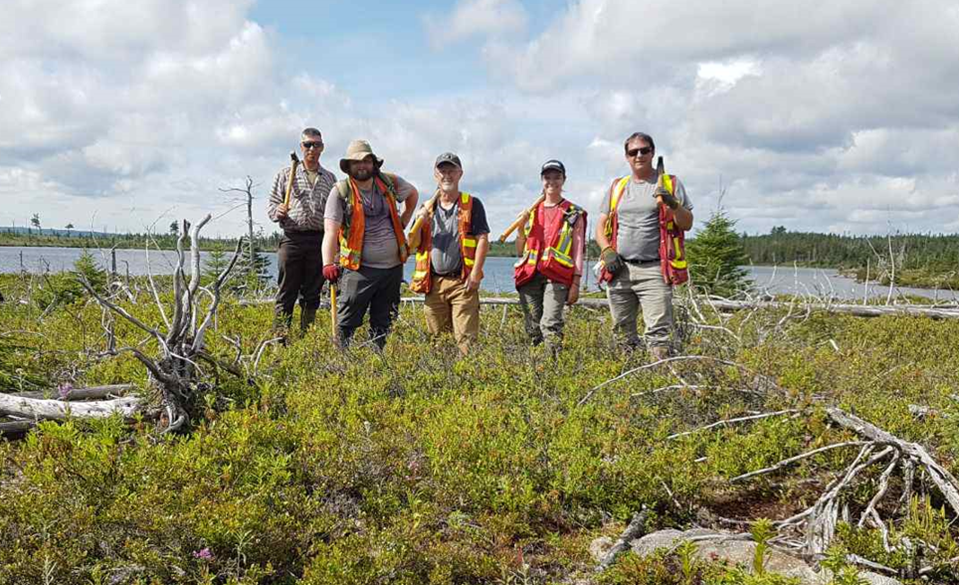 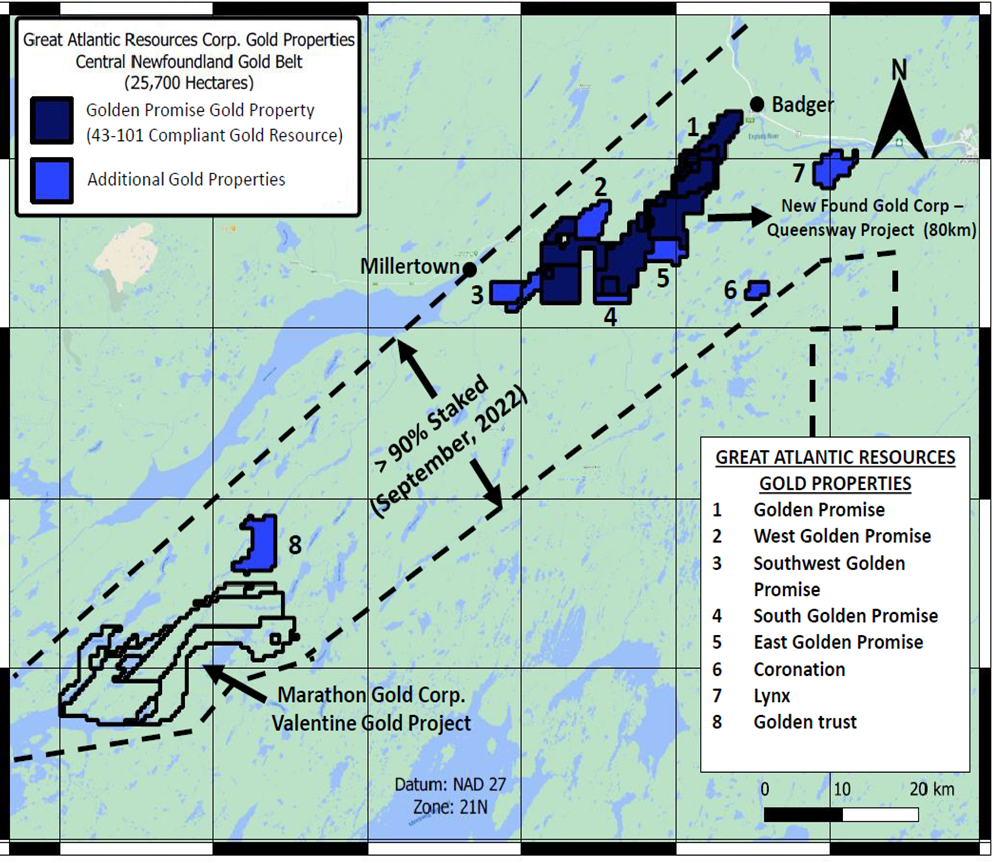 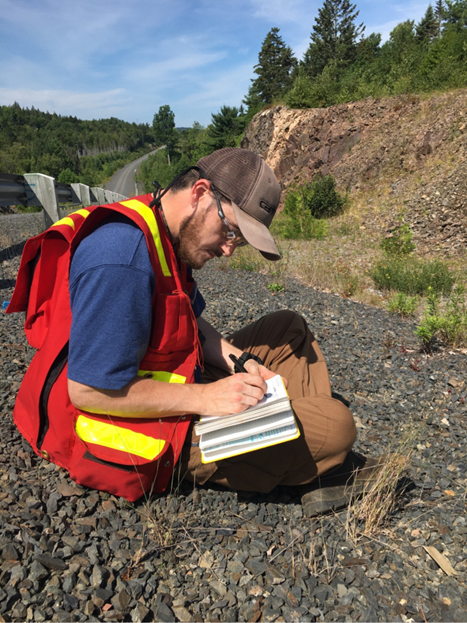 The Company's central Newfoundland gold properties are located within the Exploits Subzone of the Newfoundland Dunnage Zone. Recent significant gold discoveries within the Exploits Subzone include those of Marathon Gold Corp. (TSX.MOZ) at the Valentine Gold Project, Sokoman Minerals Corp. (TSXV.SIC) at the Moosehead Gold Project and New Found Gold Corp. (TSXV.NFG) at the Queensway Project. Readers are warned that mineralization at the Valentine Gold Project, Moosehead Gold Project, and Queensway Project is not necessarily indicative of mineralization on Great Atlantic's gold properties in this region.

David Martin, P.Geo. (New Brunswick and Newfoundland and Labrador), a Qualified Person as defined by NI 43-101 and VP Exploration for Great Atlantic, is responsible for the technical information contained in this News Release.

On Behalf of the board of directors
'Christopher R Anderson'

About Great Atlantic Resources Corp.: Great Atlantic Resources Corp. is a Canadian exploration company focused on the discovery and development of mineral assets in the resource-rich and sovereign risk-free realm of Atlantic Canada, one of the number one mining regions of the world. Great Atlantic is currently surging forward building the company utilizing a Project Generation model, with a special focus on the most critical elements on the planet that are prominent in Atlantic Canada, Gold, Copper, Zinc, Nickel, Cobalt, Antimony and Tungsten. 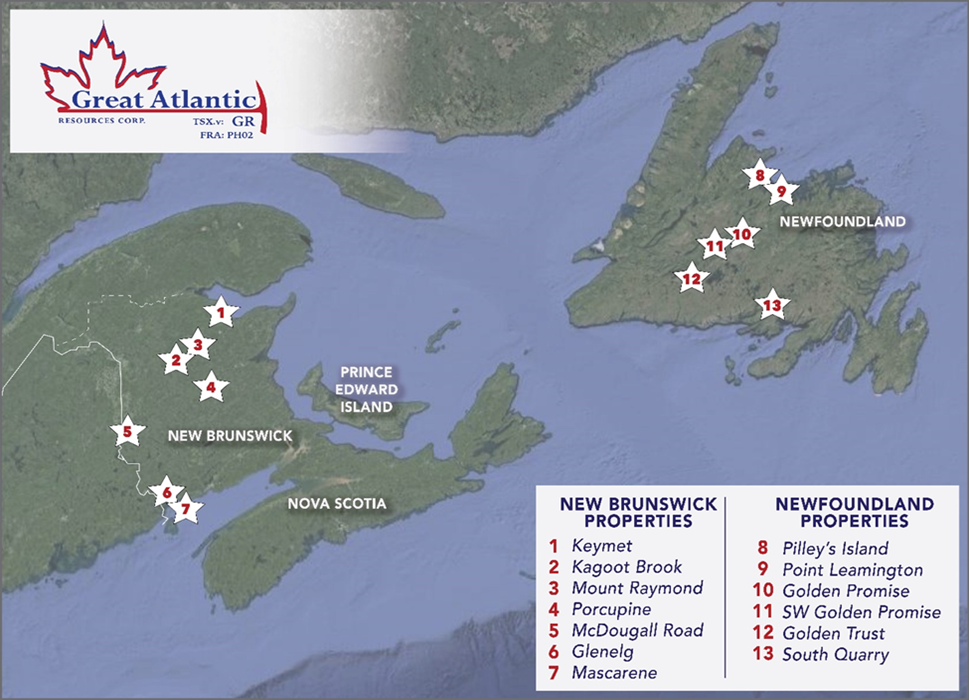 GENEVA, Switzerland: In an effort to ease power shortages this winter, the Swiss government said it will temporarily loosen water ...

Lyft taxi service puts hold on hiring due to US recession

SAN FRANCISCO, California: Ride-hailing firm Lyft said it is freezing all U.S. hiring through the end of the year, in ...

DETROIT, Michigan: Ford Motor Co. has announced that it will invest $700 million in its Kentucky plant, which will assemble ...

BERLIN, Germany: As Germany grapples with surging gas and electricity costs caused largely by a collapse in Russian gas supplies ...

After Covid, US struggles to process Indian visa applications

WASHINGTON D.C.: U.S. Secretary of State Antony Blinken said the U.S. is working to reduce the backlog in visa applications ...

US acts to reduce risks from space debris

ALBUQUERQUE, New Mexico: New Mexico district attorney Mary Carmack-Altwies has said that actor Alec Baldwin and up to four others ...

US again returning money to victims of Bernie Madoff, 88% recovered

WASHINGTON D.C.: The U.S. Department of Justice has announced that after nearly 14 years, the victims of Bernard Madoff's Ponzi ...

After sanctions, Russia says will build own aircraft, not rely on west

MOSCOW, Russia: Russia's state-owned engineering firm Rostec has said that the country's aviation industry will continue operating without the West, ...

US claims American-JetBlue alliance is anti-competitive

BOSTON, Massachusetts: The U.S. Justice Department has asked a Boston judge to force American Airlines and JetBlue Airways to scrap ...