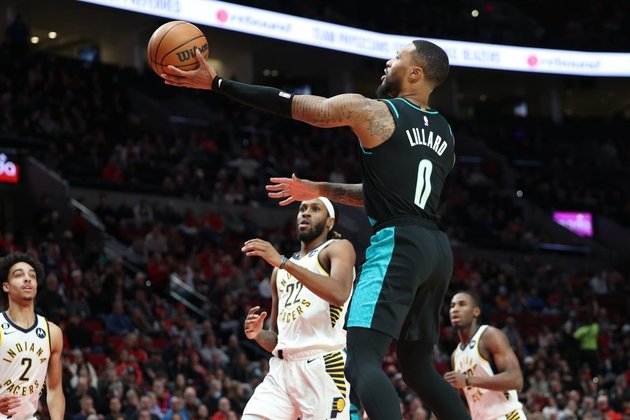 Six-time All-Star guard Damian Lillard returned to the Portland Trail Blazers' lineup for Sunday night's game against the Indiana Pacers after a seven-game absence due to a right calf injury.

Lillard injured the calf against the Utah Jazz on Nov. 19.

It was the second calf injury of the season for Lillard. He sustained the first against the Miami Heat on Oct. 26.

Sunday's game was just the 12th time Lillard took the court for the Trail Blazers this season. He entered the contest with averages of 26.3 points and 7.0 assists.